Indio At A Glance VIDEO

The City of Indio, known as Indian Wells until 1877, was incorporated May 16,1930. Indio is the geographic mid-point of both Riverside County and the Coachella Valley of Southern California. It is the largest of nine cities located in the Coachella Valley. The city’s natural beauty is enhanced by the San Bernardino, Santa Rosa and Chocolate Mountains, as well as the easy availability of Joshua Tree National Park, an all season destination for both locals and visitors. It is also about 2 hours away from Los Angeles, Orange County and San Diego.

Indio has the distinction of being known as the City of Festivals. It hosts eight major festivals during the year and a number of smaller events that bring music, entertainment, sports, culture, and a fabulous array of cuisine to residents and visitors to Indio. Over 750,000 visitors annually come to Indio to enjoy the gaiety. Among the nationally known events are the Indio International Tamale Festival. The Guinness Book of World Records designates Indio's as the world's largest Tamale Festival. Also, the Indio Desert Circuit Horse Show, The Coachella Music and Arts Festival (a European-style music festival), the Southwest Arts Festival®, two Indian Pow Wows, a Fourth of July Festival, and a Salsa Festival that continually attracts a large number of revelers. There are also numerous concerts, a regional dog show, a national girls' field hockey tournament and more. Indio has the distinction of being the Date Capital of the United States. At one time 95% of all dates were produced in Indio.

If polo and horses are your passion, you have come to the right spot. Indio is known as the Polo Capital of the West. It is home to two polo fields: The Empire Polo Club - which hosts the Coachella Valley Music and Arts Festival - and the Eldorado Polo Club. Both hosts world-class polo matches.

The City of Indio is one the most rapidly changing communities in the Coachella Valley. It has grown by 17,002 residents (or 35%) between 2000 - 2006. City officials predict the population will grow to anywhere between 100,000 and 150,000 over the next five years. In Indio you will find a mix of old and new residential sub-divisions from which you can select the home that best accommodates your lifestyle.

Indio is known as The City of Festivals. The festivals provide entertainment to the local population and attract visitors to our valley. Festival attendance is in excess of a half-million visitors annually.

The Pacific Coast Polo Center, the world's largest club, is actually a combination of The Empire Polo Club and the Eldorado Polo Club. The club boasts 12 tournament polo fields capable of stabling more than 1,000 horses. Here you will see professional and amateur polo players. The public is invited to enjoy polo matches every Sunday of the season. The facilities host other functions such as music concerts, the Southwest Arts Festival and private functions.

The Southwest Arts Festival®
January-February
Empire Polo Forum
760-347-0676
http://www.southwestartsfest.com/
This judged and juried North American art showevent is sponsored and managed by the Indio Chamber of Commerce. In September 2003 the festival was recognized by Sunshine Artist magazine, well respected in the world of art. Come to the festival and you will hear music played on the Native American flute, the strains of guitar music and gaiety filling the air.

RED, WHITE, AND BLUE POLO AND BALLOON FESTIVAL
Eldorado Polo Club
January, Weekend
This star-studded weekend features celebrities on the polo field and about the greens. Admission is free with a donation to our Service men and women's families.

Indio International Tamale Festival
December
Old Town Indio
760-342-6532
www.tamalefestival.net
USA Today recognized this festival as one of the top 10 Regional Festivals in the nation. Other recognition has appeared in such magazines as Bon Appétit, Saveur, Sunset, and Readers. The New York Times, Huell Howser show, A&E and the Food Channel have also given it rave revues. Are you hungry?...you better be if you come to the festival! It is reported 300,000 tamales are now sold at the two-day food event. At its inception the festival was a half-day event with attendance of 2,500. Today, somewhere about 175,000 folks attend annually. You will enjoy the entertainment found on several stages. There are pony rides and petting zoo for the kids.

Riverside County Fair & National Date Festival
February
760-347-0676
This festival, premiering in 1942, was original called a fiesta instead of a festival. It is one of the oldest found in the West and spans a full 10 days. The original purpose was to celebrate another successful date crop. It soon took on a life of its own. Visitors thrill to the annual parade held on Presidents' Day. It has been reported that more than 270,000 people attend-get there early!

Indio Powwows
Thanksgiving Weekend
760-342-2593
www.cabazonindians.com
The Powwows in Indio are sponsored by the Cabazon Band of Mission Indians' Reservation. The wonderful experiences here help to preserve the Indian culture and introduce non-members to the culture. Native American arts and crafts, jewelry, and leather items can be enjoyed while you are among dancers and singers that join the event from U.S., Mexico and Canada. Be sure not to miss this one!

Famfest
March
760-347-8522, x 225
It is wonderful to meet your neighbors and new friends at this event while enjoying games and activities for the entire family.

Salsa Festival
April
760-831-0231
www.salsafest.org
Put on your dancing shoes and dance to the music. Enjoy the salsa tasting and contagious fun.

Coachella Valley Music & Arts Festival
May
www.coachella.com
Rolling Stone magazine has declared this as “the best American rock festival” and NME of England even more strongly said “probably the best festival in the world!” More than 55,000 people have attended this two-day alternative rock, European-style event anually. Once there fans can enjoy short films, music and art. Why don’t you join them?

Fourth of July Festival
July
760-342-6500
www.indio.org
Come and celebrate America's Birthday with fireworks, food and good old-fashion fun for the entrie family on The Fourth of July!

Eldorado Polo Club
"Polo Capital of the West”
Winter-Every Sunday
The is purported to be the world’s largest polo club. It is actually a combination of The Empire Polo Club and Eldorado Polo club. The club boasts 12 tournament polo fields capable of stabling more that 1,000 horses. Here you will see professional and amateur polo players. The public is invited to enjoy polo matches every Sunday. The facilities host other functions such as music concerts, Southwest Arts Festival®, and private functions.

P.S. We appreciate you as a client and a friend. We appreciate your business, your loyalty, trust and your referrals. It is our goal to provide the very best counsel, advice and service possible for your real estate needs. If we may ever be of assistance to you, a relative, friend or co-worker please don’t hesitate to call us. We look forward to the opportunity to serve you. 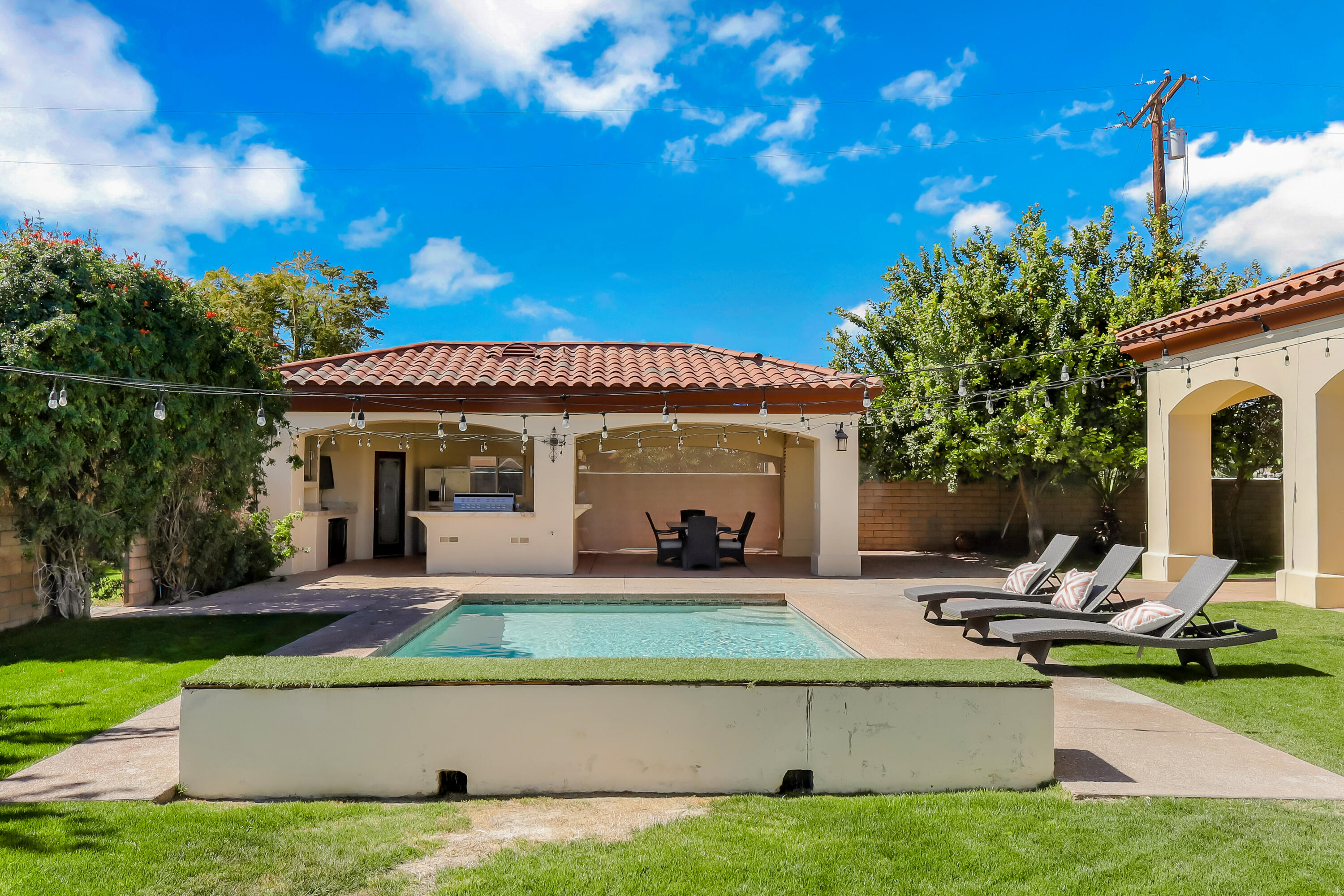 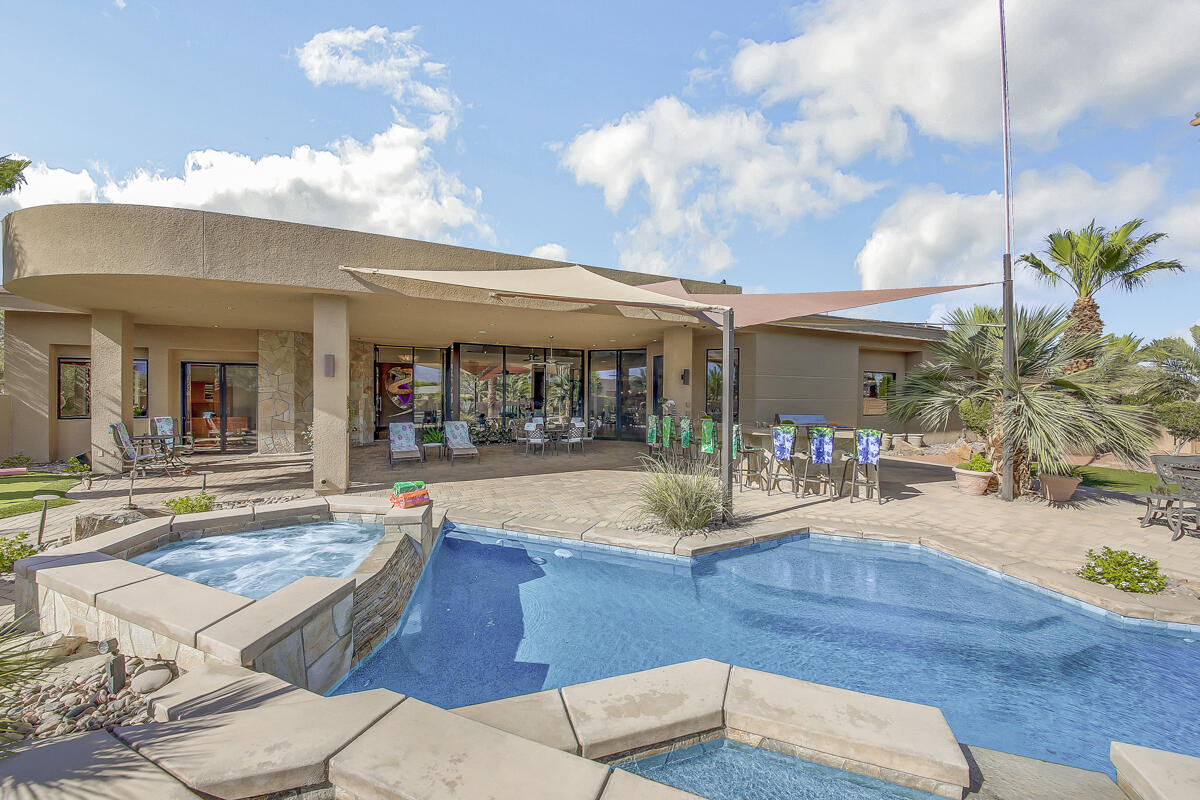 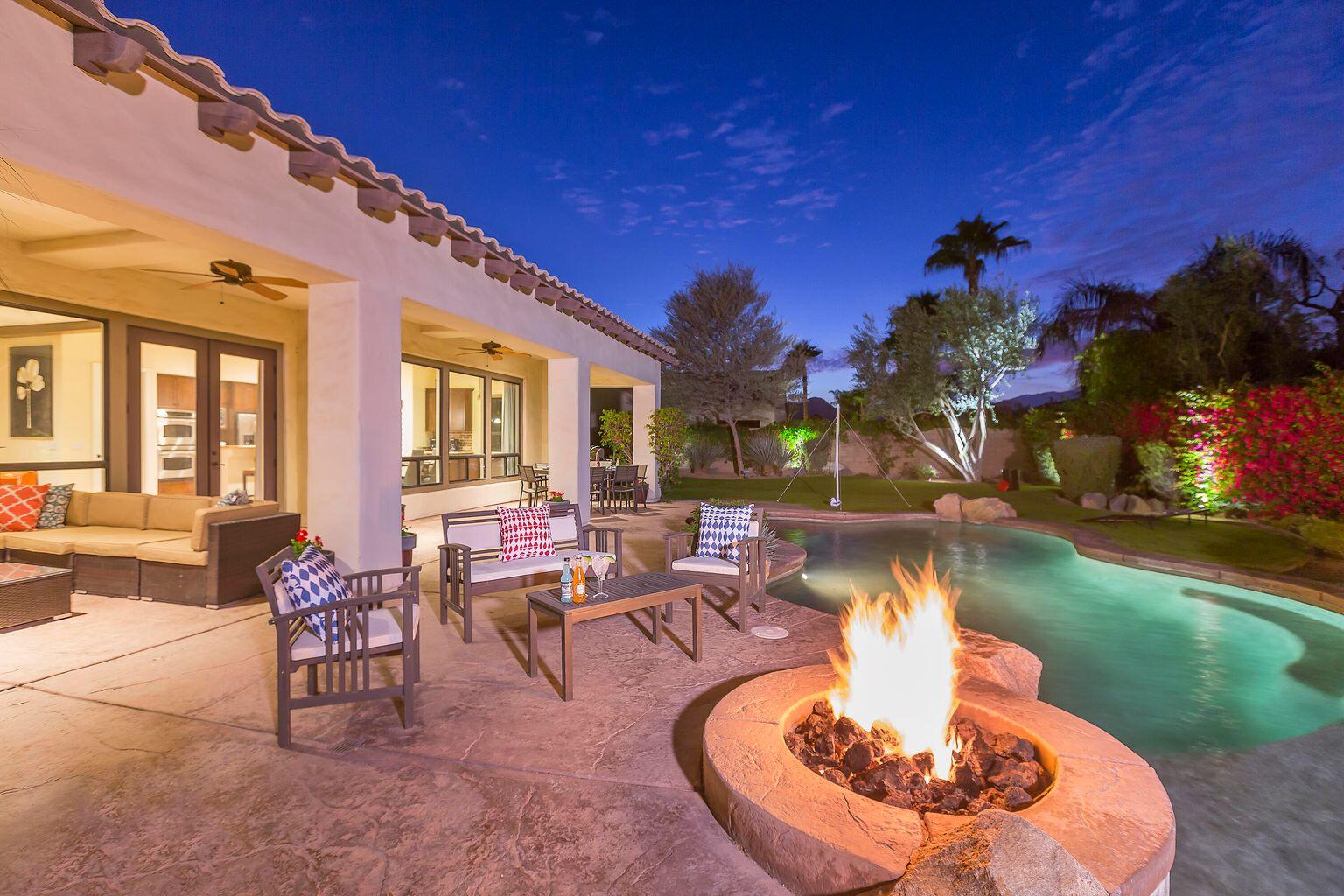 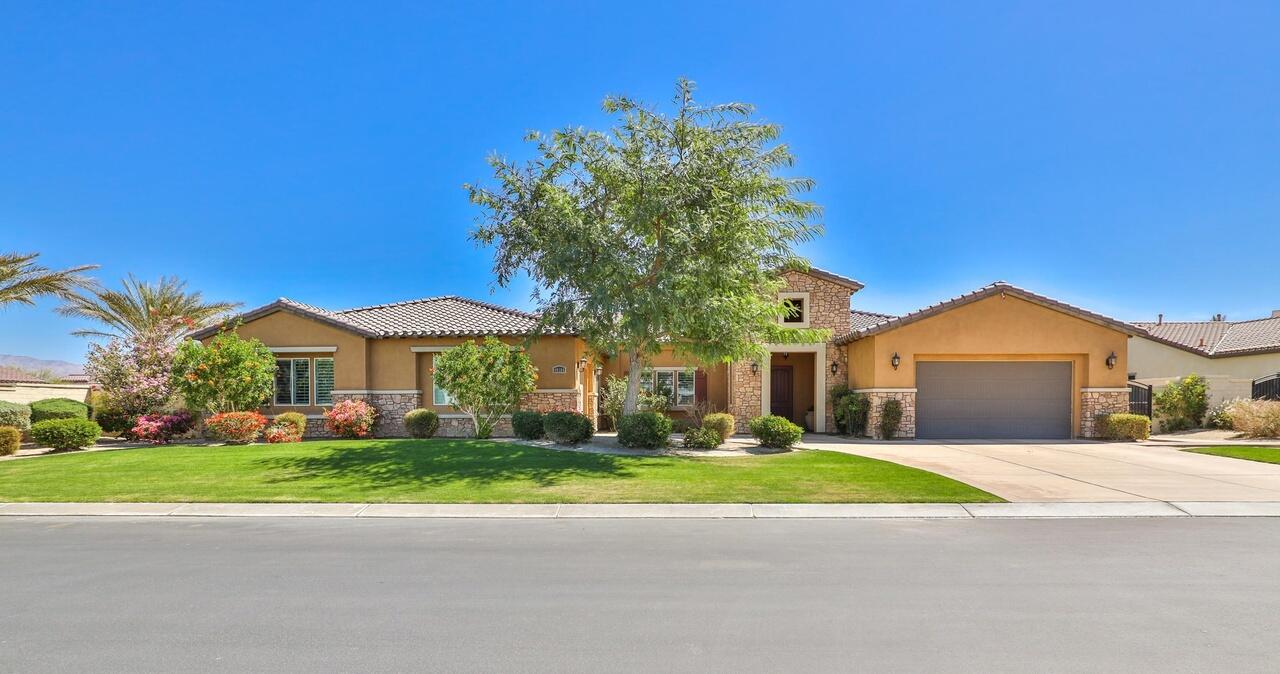 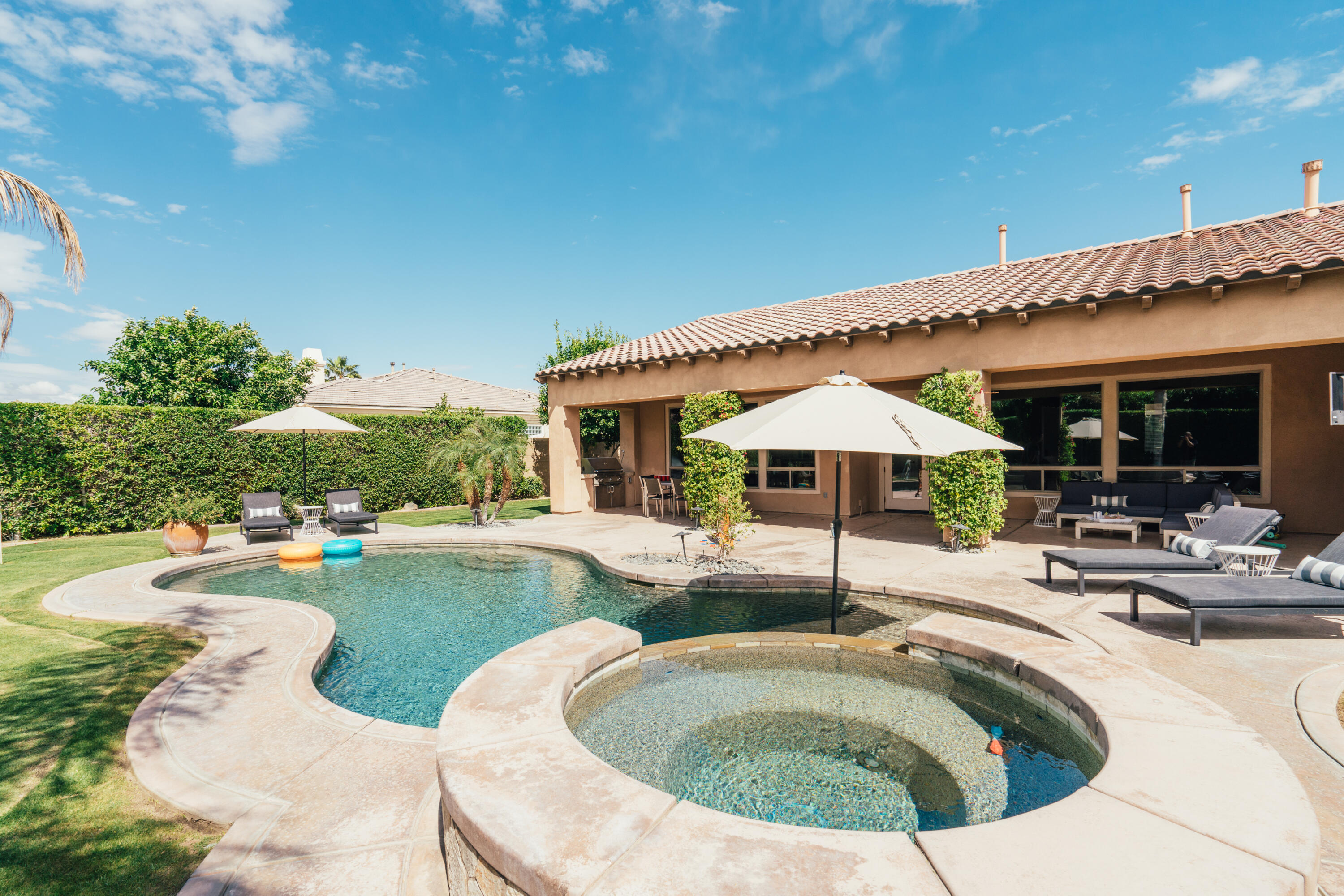 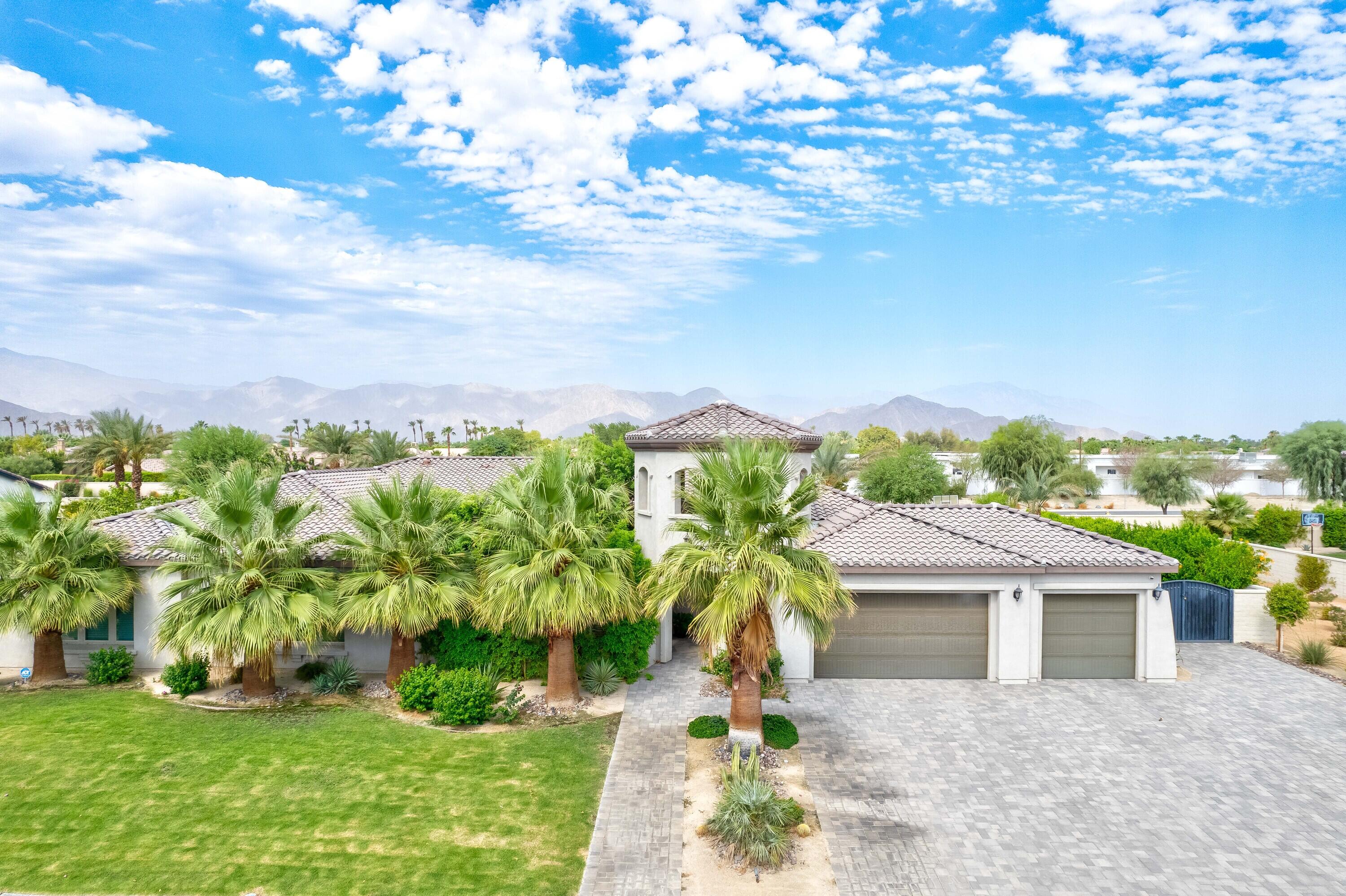 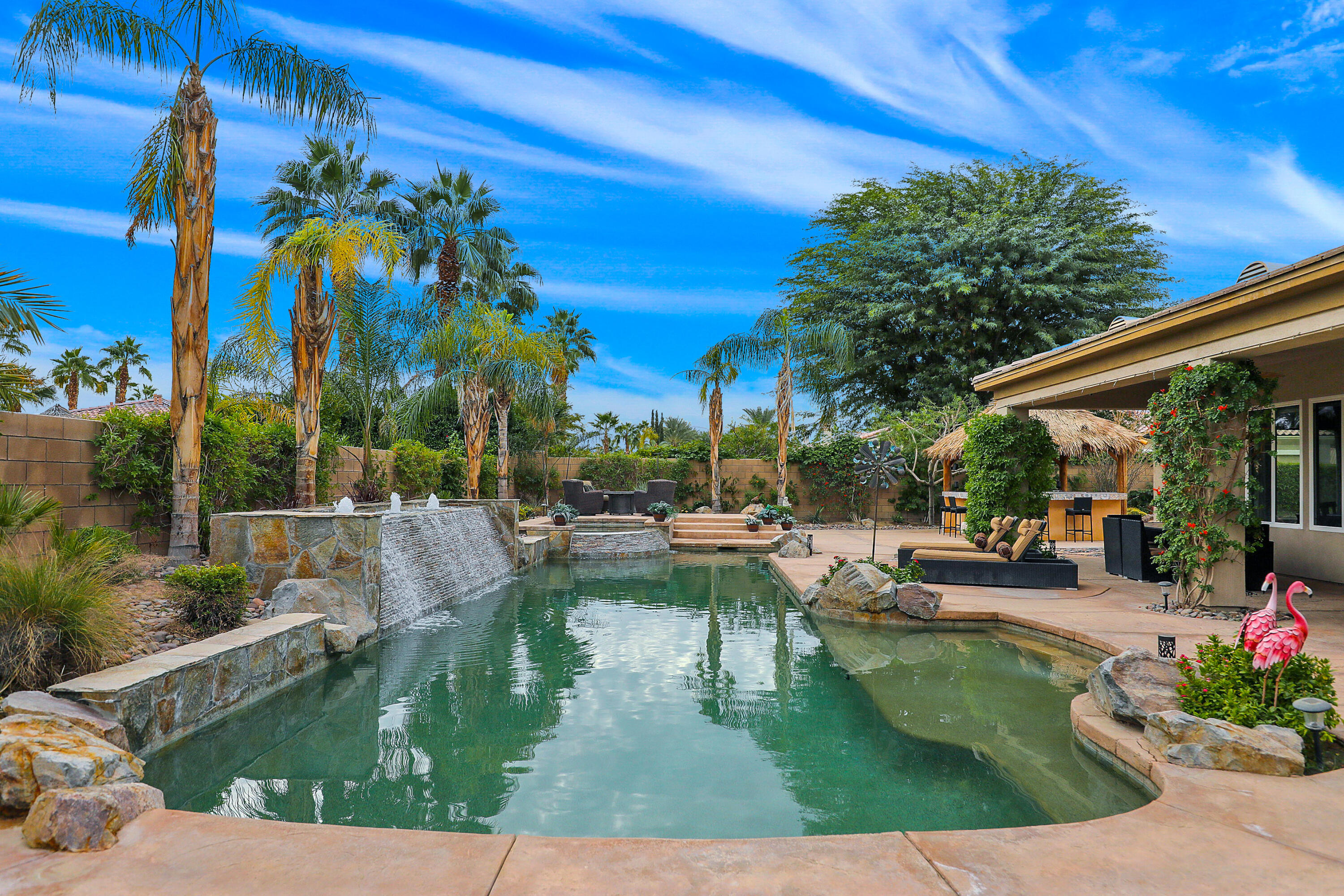 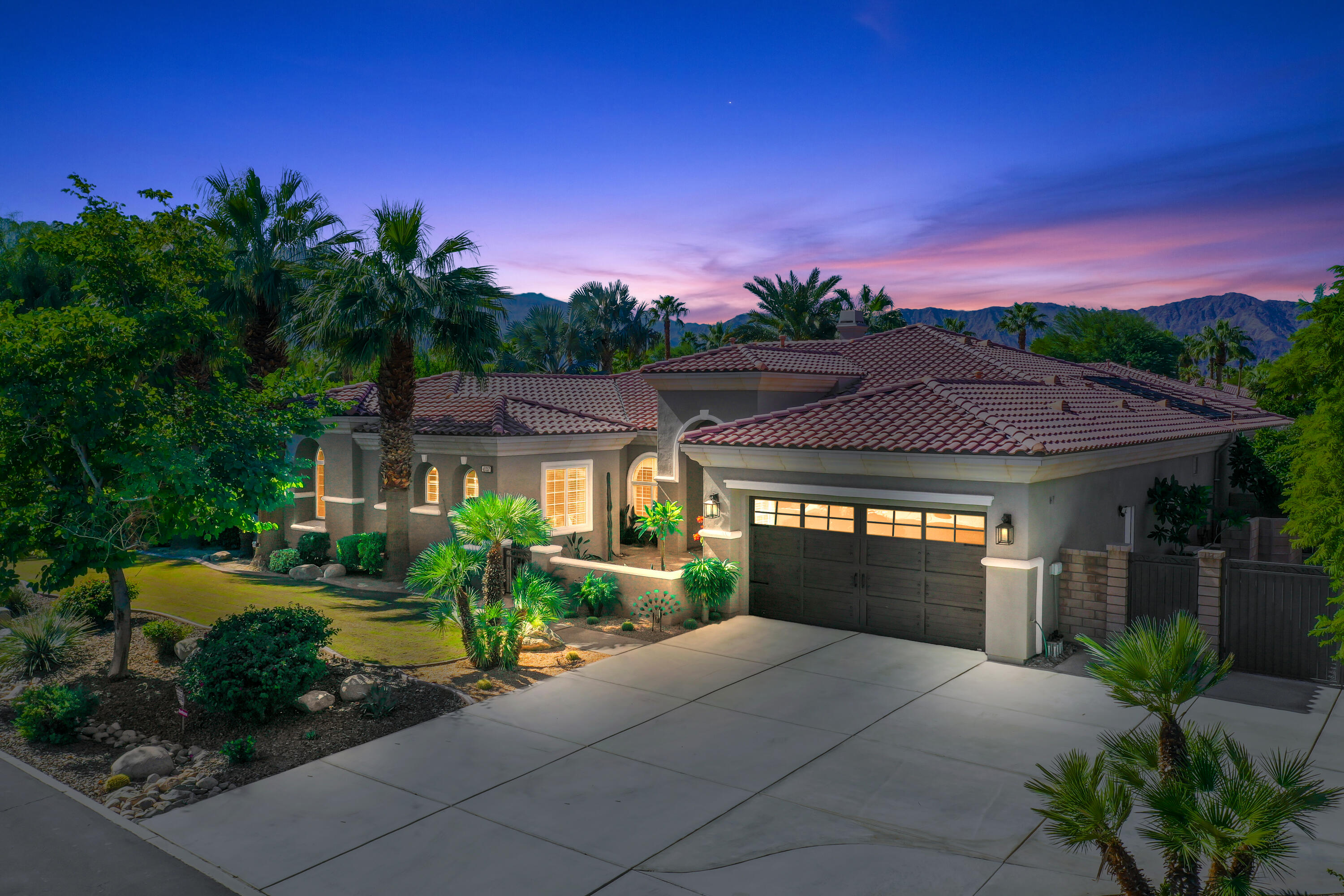 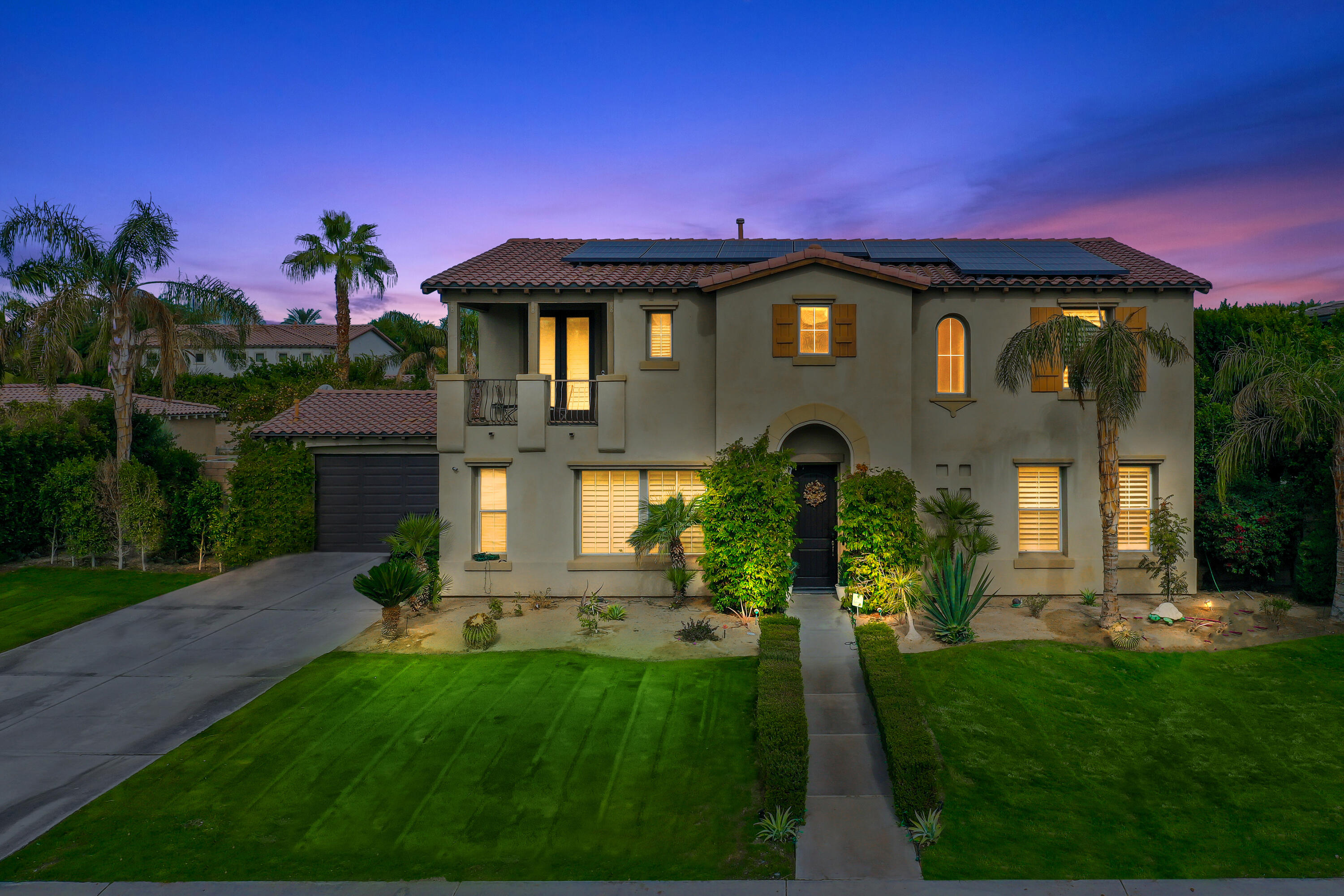 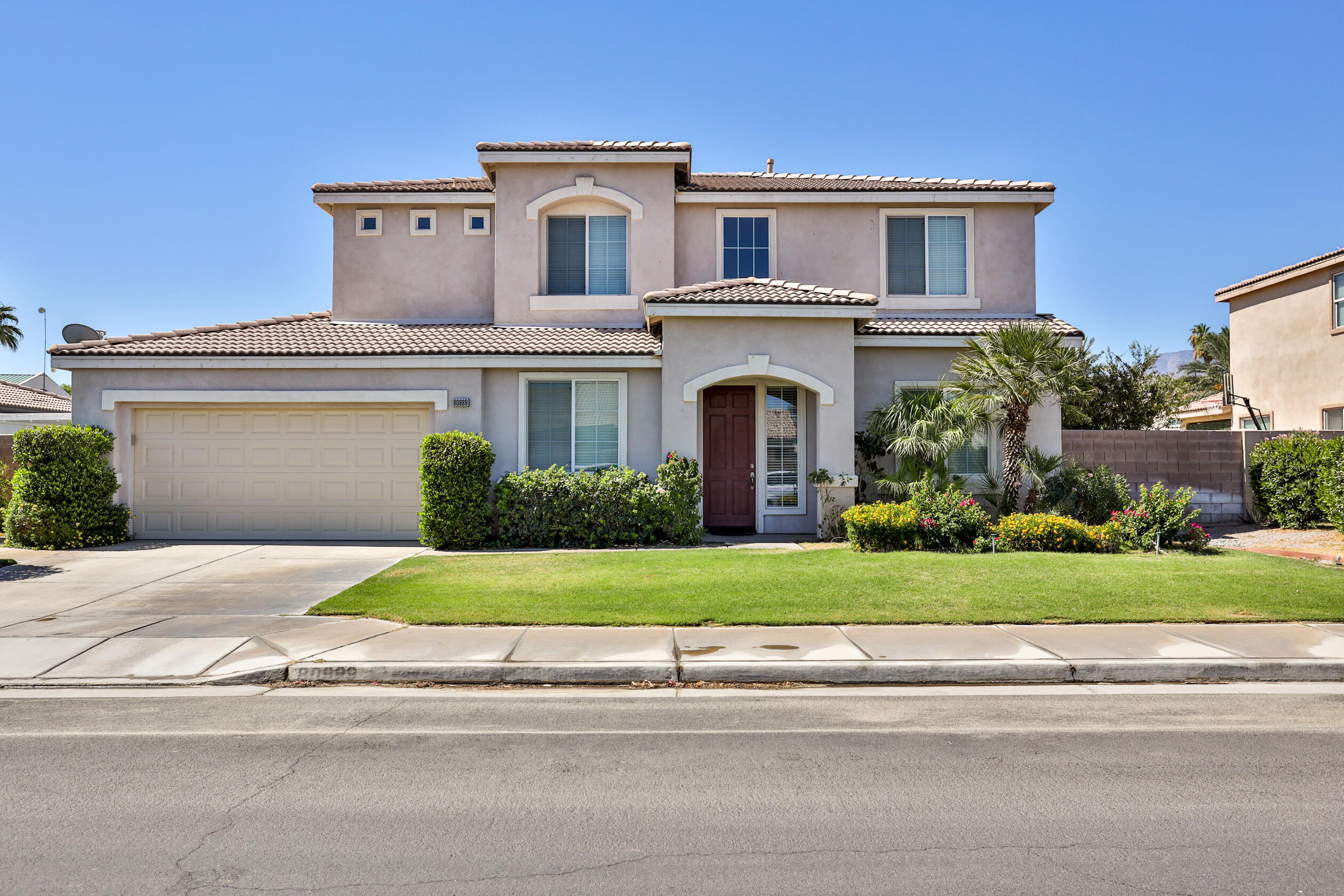 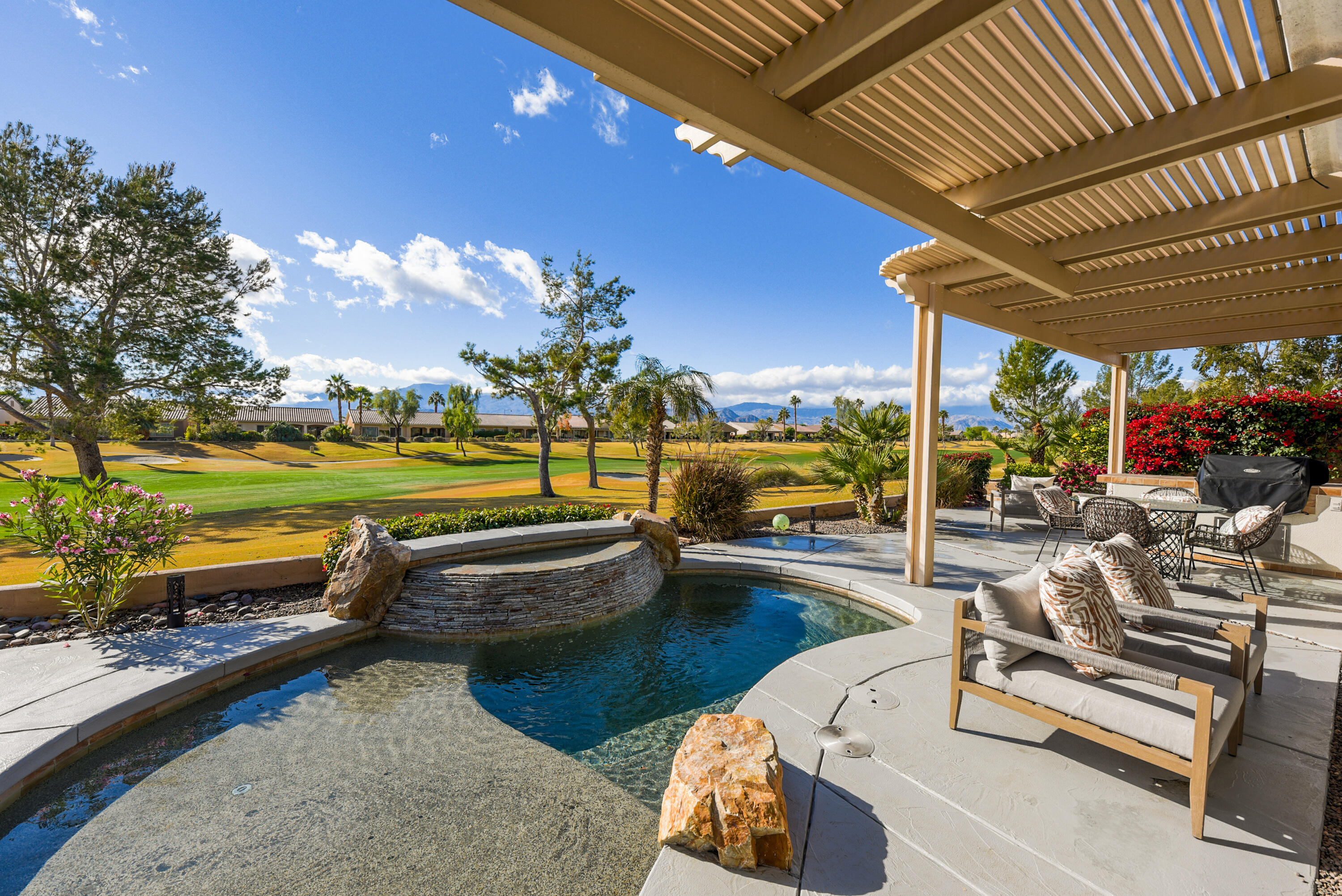 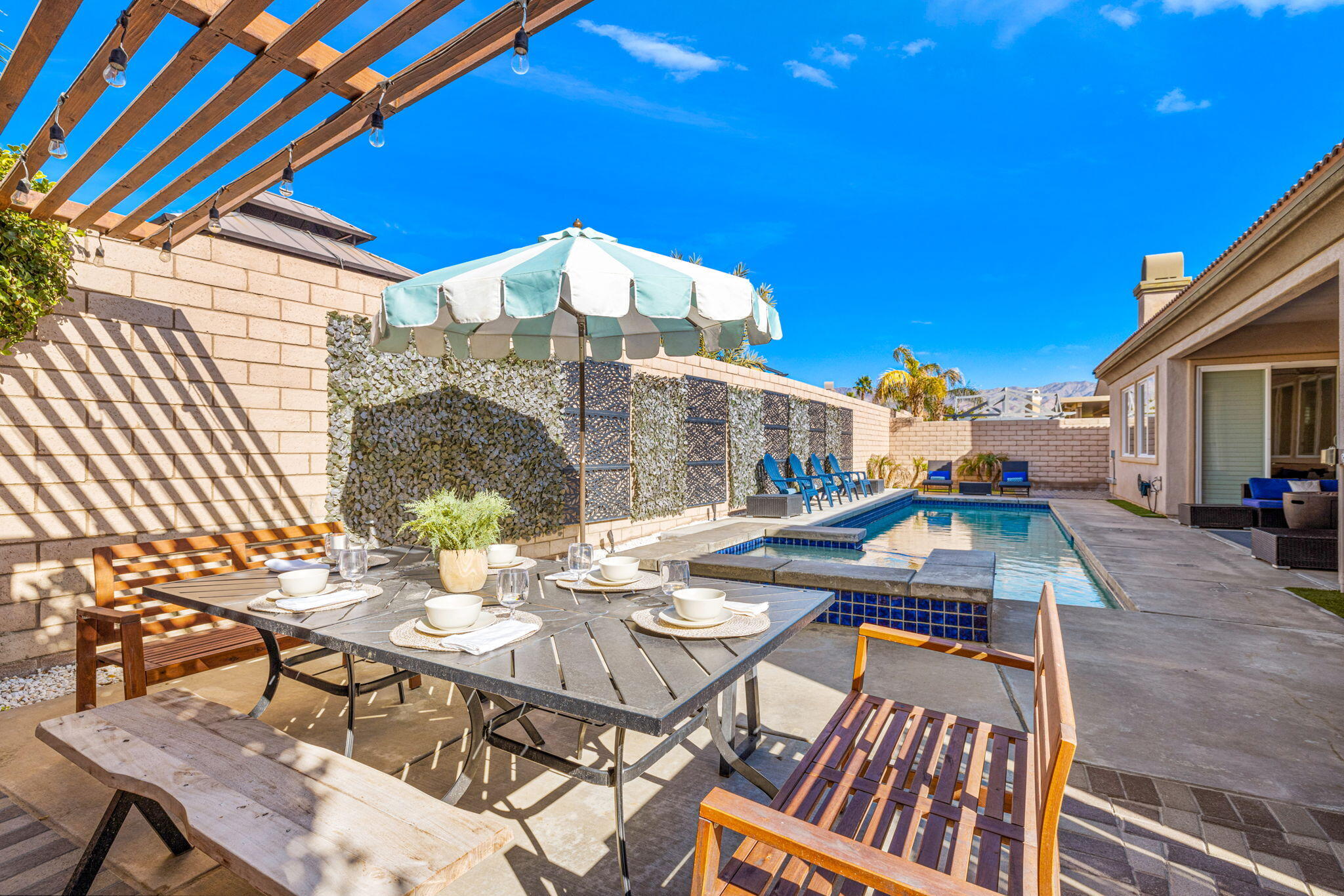